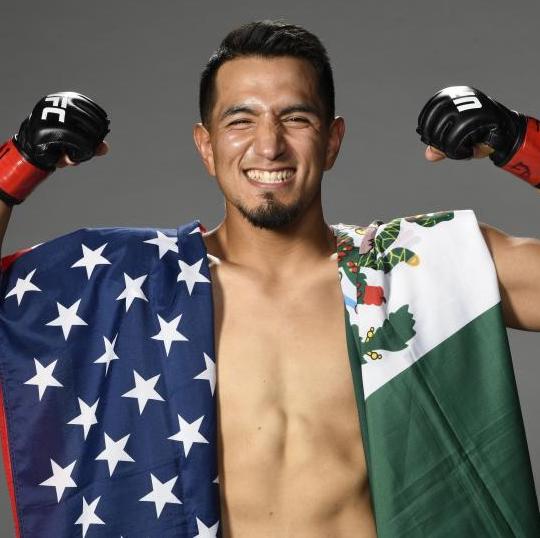 Episode #117 of the Dub Jellison Podcast with UFC Bantamweight, Adrian Yanez! Adrian and Dub discuss his time in New York training with UFC Bantamweight Champion Aljamain Sterling, why the hate of Sterling is unwarranted in his opinion, how the Serra-Longo team embraced him, remembering the late Saul Soliz after his passing, what Soliz meant to Adrian and the MMA community overall, the upcoming UFC Interim Bantamweight title fight between Petr Yan and Cory Sandhagen, Adrian’s last win coming by 2nd round TKO against Randy Costa, what he expects in his upcoming bout against Davey Grant on November 20th and much more!

Episode #57 of the Dub Jellison Podcast with UFC Bantamweight, Adrian Yanez! During Episode #57, Adrian and Dub discussed: - His UFC Debut this weekend in Vegas. - Winning UFC Contract on DWCS and honoring his late father. - Being on the same card as Anderson Silva's retirement fight and doing the same during Royce Gracie's final fight! - His predictions for Petr Yan vs. Aljamain Sterling. - The age of trash-talk and why he does not engage in it and more! DJP is presented by: Indy Lumberjack! You can check them out by going to IndyLumberjack.com or email IndyLumberjack@gmail.com ! Follow Adrian on social media! Instagram: @adrianyanez93 Twitter: @yanezmma Follow the podcast and Dub on Instagram! @dubjellisonpodcast @dubjellison Link to streaming version of the podcast, social media and more via the DJP Linktree page! https://linktr.ee/dubjellisonpodcast Like, subscribe and share with your friends!