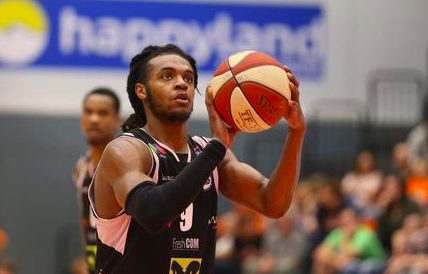 Episode #116 of the Dub Jellison Podcast with Raiffeisen Flyers Wels Guard, Cameron DeLaney! Cameron and Dub discuss the beginning of Cameron’s season with Raiffeisen, returning to play in Austria for a second time, what the basketball culture is like in Austria, how passionate the fans are about basketball, the differences in fans overseas and those in the United States, how the “stigma” of overseas basketball is changing, how American imports are perceived in foreign countries, European players having success in the NBA, playing in the 2021 TBT with Men of Mackey, his path from high school to college and ending his career with Sam Houston State, playing with his brother in college, what it meant to win Southland Conference Player of the Year and the regular season title and much more!