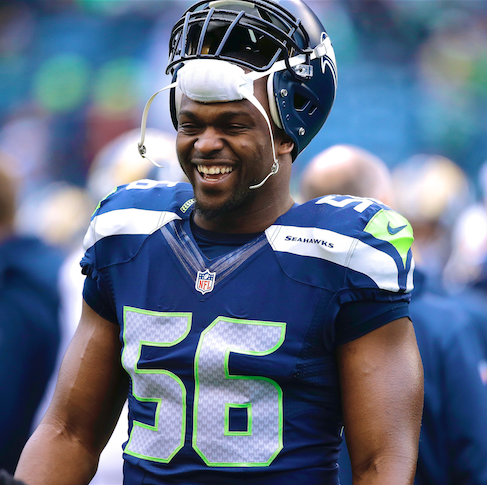 Episode #77 of the Dub Jellison Podcast with 10 Year NFL Vet, Pro Bowl Defensive End & Super Bowl 48 Champion, Cliff Avril! Follow Cliff on social media! Instagram: @cliffavril Twitter: @cliffavril During Ep. #77, Dub and Cliff discussed: - Cliff's work in the community. - How he wants to give back to the youth in Seattle. - What his motivation is behind all of the charity work he does. - Why he thought he would be in the NBA, not the NFL. - Reflecting on "The best 3.5 years of his life" playing at Purdue. - The transition of the Purdue program from then to now. - Playing with guys like Bernard Pollard, Anthony Spencer, Rob Ninkovich, Ray Edwards and more at Purdue. - His big man touchdown against Minnesota for the Boilermakers in 2007. - The Russell Wilson-Seattle Seahawks situation brewing. - If he thinks Wilson will be the Seahawks QB going forward. - What is was like to go from an 0-16 Lions team to a Super Bowl Champion. - Dan Orlovski running out of the back on the end zone his rookie year. - How it felt to reach the pinnacle of the football world. Follow the podcast and Dub on Instagram! @dubjellisonpodcast @dubjellison Link to streaming version of the podcast, social media and more via the DJP Linktree page! https://linktr.ee/dubjellisonpodcast Like, subscribe and share with your friends!