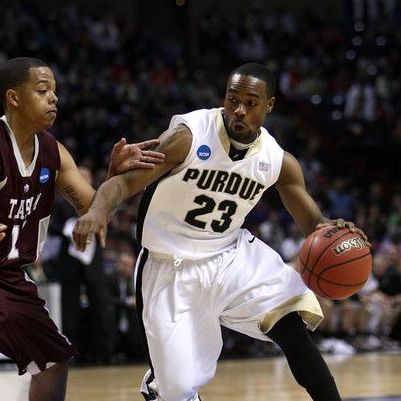 Episode #150 of the Dub Jellison Podcast with CTA Basketball Trainer & Former Purdue Guard, Lewis Jackson! Dub talks with Lewis Jackson about his role with Compete Training Academy, impacting kids through basketball, his approaching to coaching and training, how basketball has changed in recent years, Purdue basketball’s season this year, the outlook moving forward for the program and more! Lewis' CTA bio! https://www.competetrainingacademy.com/who-is-lewis

Episode #72 of the Dub Jellison Podcast with Big Ten Champion & Purdue Alum, Lewis Jackson! During Episode #72, Lewis and Dub discussed: - Purdue's big win over #15 Ohio State - The Boilermakers upcoming game against #7 Michigan - Jaden Ivey's clutch shot and growth during freshman season. - How players are unable to express themselves if they are currently in season and going through something tough - His experiences on the road in the Big Ten - What Coach Painter was like and some insight on his coaching strategies - Playing alongside the Baby Boilers, Robbie Hummel, E'Twaun Moore & JaJuan Johnson - How Coach Painter has been able to have a great culture for such a long time - Stories from playing IU in Bloomington - His lone career dunk against Western Michigan - His relationship with fellow Purdue alum, Rapheal Davis - Who was better, E'Twaun Moore or Carsen Edwards? - Was his 2009-10 team the most talented squad in Purdue history? - AND MORE! Follow Lewis on social media! Instagram: @overgrind_lewjack_ Twitter: @lew_jack Follow the podcast and Dub on Instagram! @dubjellisonpodcast @dubjellison Link to streaming version of the podcast, social media and more via the DJP Linktree page! https://linktr.ee/dubjellisonpodcast Like, subscribe and share with your friends!